The FBI is investigating Epstein’s death out of an “abundance of caution.” A senior law enforcement official said there is nothing to point to foul play at the moment.

Despite the statements from law enforcement, Trump and other administration officials seemingly endorsed unsubstantiated conspiracies suggesting that the Clintons were somehow involved in Epstein’s death.

Earlier in the day, a senior official with the Department of Housing and Urban Development, Lynne Patton, suggested in an Instagram post that Hillary Clinton was responsible for Epstein’s death. 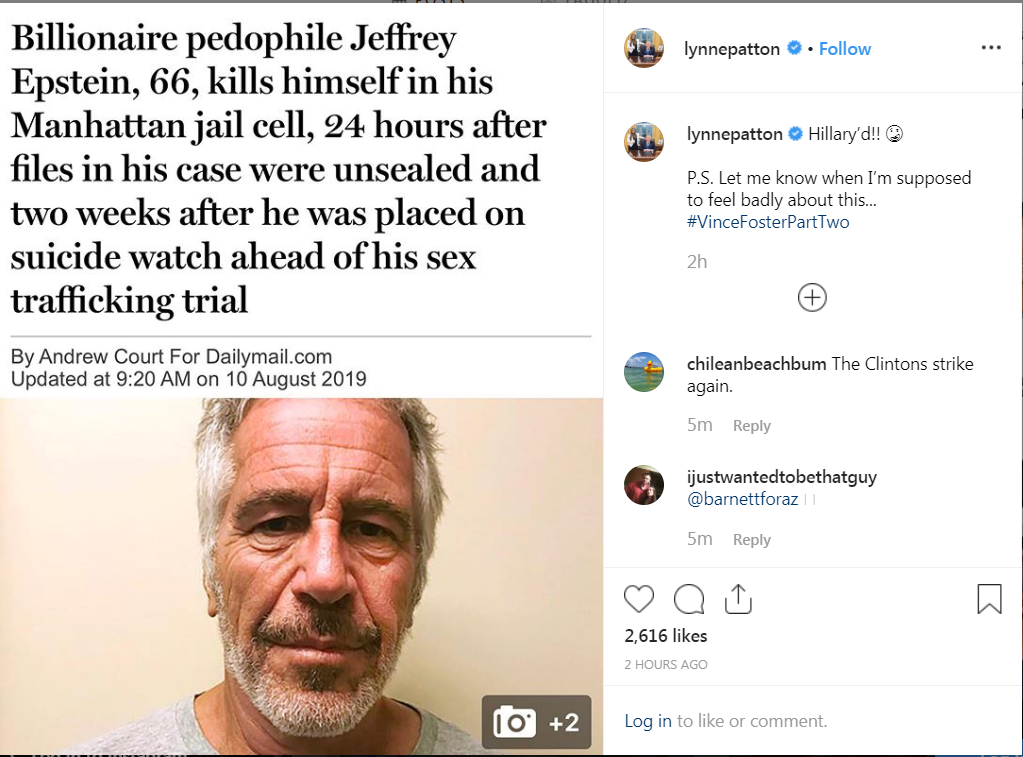 Epstein, a wealthy financier, was well connected to many powerful people including Trump and Bill Clinton.

A federal appeals court on Friday unsealed more than 2,000 pages of documents. The documents included flight records which showed that Trump flew on Epstein’s private plane in January 1997, from a Palm Beach, Florida, airport to Newark, New Jersey.

In 2015, the now defunct news website Gawker published flight logs for one of Epstein’s private jets that showed Clinton had taken more than a dozen trips on the plane.

NBC archive footage from 1992 shows Trump and Epstein partying together. In 2002, Trump told New York magazine that Epstein was a “terrific guy” and “is a lot of fun to be with.”

“It is even said that he likes beautiful women as much as I do, and many of them are on the younger side,” Trump told the magazine at the time.

After Epstein’s arrest on child sex trafficking charges, Trump said he was “not a fan” of Epstein and had a “falling out” with him.

How Strategists and Investors See Coronavirus Playing Out

BNP Paribas names Asian stocks to invest in amid outbreak

What to know in the week ahead

People are arrested after falling behind on payday loans